Our Solar System - Jon Stewart Explains What We Thought Of It In EARTH: The Book

EARTH: The Book (2010) is a book written for the Aliens who will someday discover the remnants of our extinct species, from the good people at faux-News program The Daily Show on Comedy Central, featuring Jon Stewart.

Here is how they explain to the future aliens what we thought of our own star system:


Our solar system consists of a sun, eight planets, 170 or so moons, millions of asteroids, trillions of iceballs, and one dwarf trans-Neptunian object that tried to put one over on us  (we're looking at you, Pluto). Our observation of the planets' regular motion was the first triumph of empirical science over irrational dogma. We named them after gods just to be safe.


THE SUN - What, were you looking for a red giant? Some flashy pulsar? Sorry if our plain yellow G-type main sequence star disappoints you, but she got the job done and we liked her just fine.


MERCURY - The planet closest to the sun, referred to by realtors as "solar-adjacent."


VENUS - The solar system's femme fatale: flashy, alluring and named for love, but don't get too close or she'll crush you.


EARTH - Not the biggest, not the smallest, not the closest, not the farthest. But it's got something no other planet has: a marginally profitable publishing industry.


MARS - This is where we thought you might come from. Probably our best friend in the solar system. We always meant to visit in person, but you know how it is.


JUPITER - The biggest planet. Tread lightly: as you can see by the Great Red Spot, its got herpes.


SATURN - God liked this planet. So he put a ring on it.


URANUS - This is the funniest planet by far, but you'll have to spend about ten years learning idiomatic English to learn why.


NEPTUNE - Leaving? This is your last planet for 50 billion miles, so be sure to refill on methane.


PLUTO - This is that dwarf trans-Neptunian object we were telling you about. 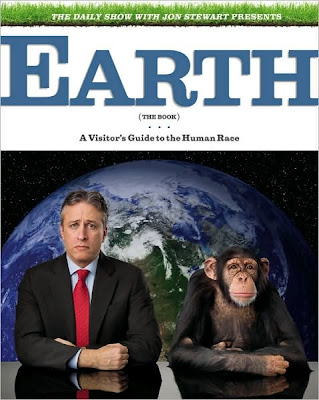 Posted by Steven Colyer at 4:33 AM

He travels best that knows when to return. Middleton For my part, I travel not to go anywhere, but to go. I travel for travel's sake. The great affair is to move.

Our solar system consists of a sun, fourteen plus planets, 180 or so moons, millions, of asteroids, and trillions of iceballs. I realize this is a satirical comment, but it's not Pluto who tried to put one over us--it's Mike Brown, who is somehow obsessed with the idea that he "killed" a planet when the reality is he did no such thing. Dwarf planets are viewed as a subclass of planets by many professional and amateur astronomers, who reject the controversial IAU decision, made by four percent of its members. His "planet killing" attempt is a huge failure.