Physics and the Human Brain 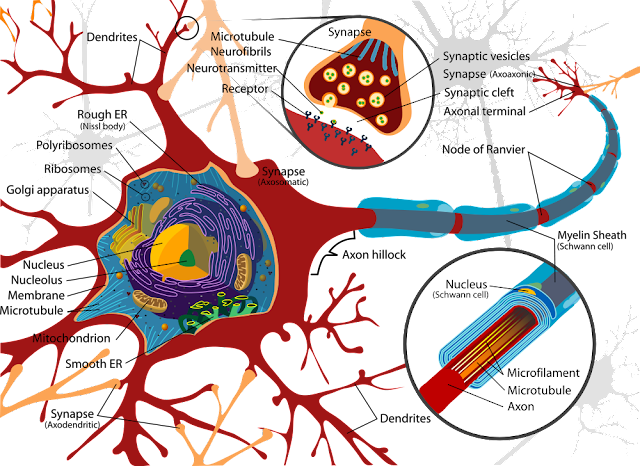 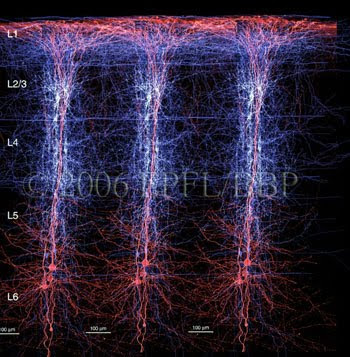 The Santa Fe Institute and The Krasnow Institute for Advanced Study are doing cutting edge work in exploring the Physics of the computer known as the human brain. Since Santa Fe is better known, I include the first two paragraphs from the Wikipedia entry for Krasnow (just outside of Washington, D.C.), below.

I and some of this blog's readers are interested in other places on our planet doing similar work. Biology, it has been said, is 200 years ahead of physics at the current time.

Thanks to Chemistry. Thanks to Computers. All thanks to Physics. ;-) Enjoy:

The Krasnow Institute for Advanced Study brings together researchers from many disciplines to study the phenomenon known as mind. An academic unit of George Mason University, the Institute for Advanced Study also serves as a center for doctoral education in such areas as neuroscience and computational social science. Research at the Institute is funded by agencies such as the National Institutes of Health, the National Science Foundation and the Department of Defense.

The Krasnow Institute for Advanced Study of George Mason University was chartered in 1990 as a result of a bequest from Shelley Krasnow, a long-time resident of the National Capital Area. The work of the Institute began in 1993 with a scientific conference, co-sponsored with The Santa Fe Institute (SFI) and hosted at George Mason University. This conference on "The Mind, the Brain, and Complex Adaptive Systems" brought together an unusual group of scientists including two Nobel laureates (Murray Gell-Mann and Herbert Simon) and produced new approaches to this frontier in addition to a book published by SFI[1].

These efforts set the Institute on the path of human cognition within the context of this nexus: the intersection of neuroscience, cognitive psychology and computer sciences. (emphasis mine) 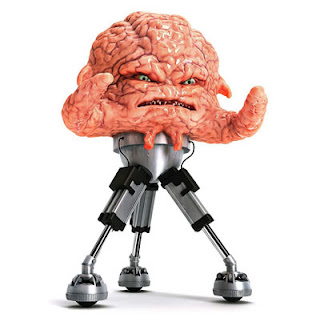 Posted by Steven Colyer at 9:38 AM

Plato said:Plasticity? I am not sure I understand this.

Neuroplasticity is the most essential concept to be known about the brain of living entities.

When comparing computer and brain, plasticity appears as the very difference between them. It states that our neurons are endowed with the ability to weaken their activity when they are involved in some circuitry which is not quite useful (understand:not frequently used), and to strengthen their activity whenever they belong to circuitries which are frequently used for a certain mental activity. Actually, this is stricto sensu the ability to self-reprogram thoughts, which is what a computer has not.

Neurobiologists think that this explains our capacity to invent, as by reconnecting our neurons we would be able to see things in another way.

A good example to help one along here it the unfortunate experience of damage to areas in the brain by stroke. Rerouting of neurological pathways has to begin by exercising for example "the arm as to what had always been done in movement" to capture that routing previously held or to ingrain a new neurological pathway?

Would this be correct Jérôme?

That's it, Steven. Once more, I see you are effectively able to understand EVERYTHING ;)

I understand nothing, my friend. I mean ...

The more I learn, the stupider I feel, because I then realize there is so much more I need to know, based on my thought that every answered question leads to four more questions, at least.

But on the positive side ...

If you keep asking questions, you eventually tune into "the cutting edge", in any field.

And if you do that, you then realize where there is work to be done.

That's when the big bucks start rolling in.

Indeed, once you known all that exists, what's left to you is ignorance.

We'll say just then that you are quite open-minded ;)

Jérôme, I cannot post a comment at your blog for some reason. Perhaps you have accidentally shut comments off?

We'll say just then that you are quite open-minded ;)

That's because I hit the lottery jackpot in having the 4 best grandparents you could imagine, in particular my English-American grandfather who has all the positive qualities associated with the English, and none of the negative ones. He taught me to be fair, to do the right thing, to live without prejudice, and as you say, be open-minded.

Open-mindedness is of course very important for those of us who like to think Scientifically. Grandfather would have been "best pals" as he put it with Socrates, Plato, and Aristotle. At the end of the day, it really gets back to them. Viva la logic!