Go at Throttle Up - Did Reagan Unintentionlly Kill The First Teacher in Space for a Personal Political Reason?

"For a successful technology, reality must take precedence over public relations, for nature cannot be fooled." ... Richard Feynman, The Presidential Commission on the Space Shuttle Challenger Accident 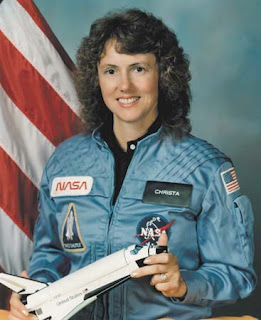 The evidence is circumstantial at best, but consider the facts, and the conclusion I pose in my question is tough to debate.

And yes, I know going in I will be lambasted for asking it, but people who know me best know I prize Honesty (tied with Loyalty) above all else. Let the chips fall where they may.

So let's get started, and as all good detectives know, any one piece of evidence is not damning in and of itself; what matters is when all the pieces are taken together.

Here are the facts:

- A previous acceptable launch was delayed because it conflicted with Vice-President George H.W. Bush's schedule.

- Temperature drops to 18 degrees F the night before launch.

- After 9 previous postponements, the Space Shuttle Challenger was scheduled for launch on the morning of  January 28th, 1986, from Cape Canaveral, Florida. Before launch, with the temperature at 32 degrees F, workers de-ice the rocket engines and launch area where ice developed. That has never been done, before or since. The world's most complex and complicated machine at the time, it was never designed to be launched in weather that cold.

- U.S. President Ronald Reagan was scheduled to give his State of the Union speech to the United States Congress that evening.

- The annual State of the Union speech by any U.S. President is considered a very big deal. It is a speech, not a debate, and generally gives the sitting President a boost in his popularity rating.

- Presidential popularity rating is important in that it generally decides if a sitting President gets greater authority to get his agenda through in various places and ways.

- Having a "First Teacher in Space" would have greatly helped Reagan's rating, which was low at the time.

- The temperature the morning at launch was 32 degrees Fahrenheit, freezing, a new low for any launch. Reasonable heads would have delayed again. BUT ... that wouldn't have helped Reagan that evening, would it?

- SOMEbody in the Reagan White House ( Ed Meese? James Baker? Joseph J. Spinmeister? ) made a phone call and put pressure on Launch Control (ordered it?) to launch.

- 73 seconds into launch, right after pilot Mike Smith announced "Go at throttle up," an o-ring on one of the solid rocket boosters failed, sending the booster into the main tank, which then exploded, exploding the shuttle in turn.

- Two-plus minutes later the remains of the shuttle slam into the Atlantic at 200 g's, killing any possible survivors thanks to Newton's Second Law of Motion: Force = Mass times (in this case) De-celeration.

- Well into the post-disaster investigation, physicist Richard Feynman clearly explained and demonstrated that the failed o-rings were the cause of the epic failure due to their brittleness at low temperature, and essentially presented that only a fool would launch in freezing or near freezing conditions.

- Ronald Reagan gave a very sweet short statement on television, complete with poem, within hours of the disaster.

- The State of the Union speech was postponed until February 4th.

The political ramifications behind this are disgusting. Click here for a fair assessment.

Where is a REAL Republican? Where is Teddy Roosevelt, the last good one? 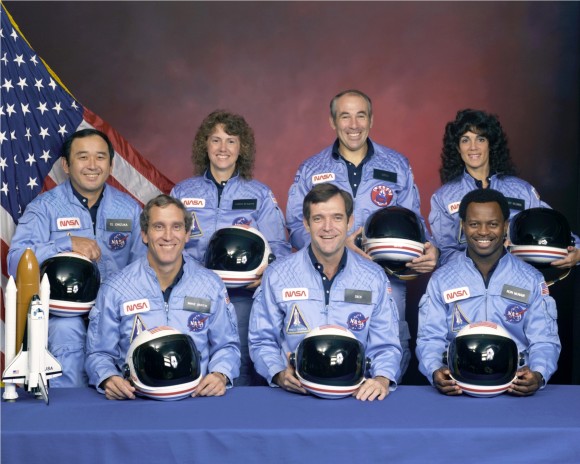 Posted by Steven Colyer at 7:14 PM

I watched a discovery or history channel program the mortin thyacol engineers said they were on the phone all night begging to stop the launch. NASA said Reagan ordered it launched. I can't find any record of such a program. I do have a very good memory.

I remember it the same way. The scientists told them the rings might fail. He blew his big PR opportunity to make us think he really cared about public education. He couldn't look the family members in their faces because he knew what he had done. I feel sorry for all of you who think he was a great president.